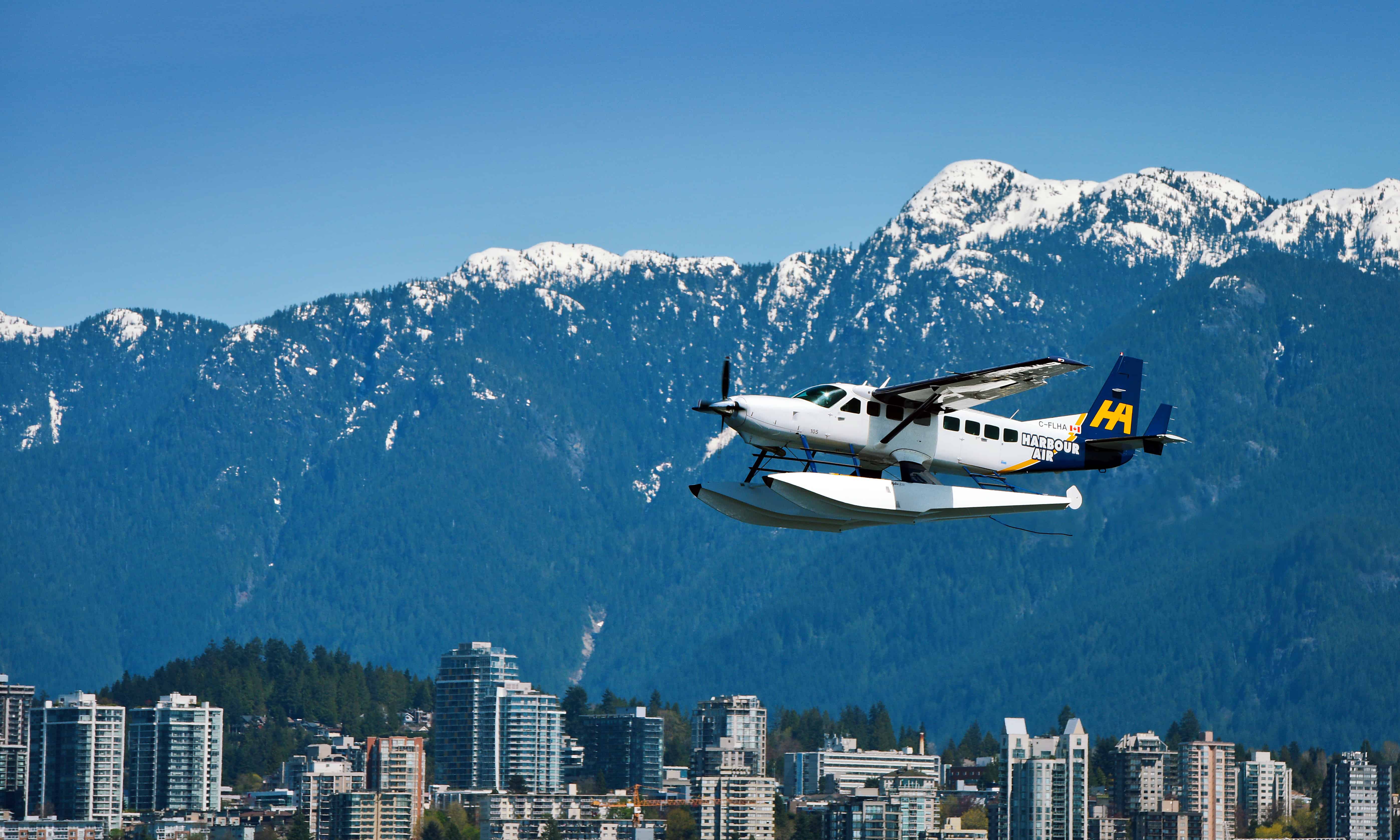 Seattle-to-Vancouver Flight is a Cascadia Hit

In its first summer/fall season, the downtown-to-downtown flight between Vancouver and Seattle has exceeded passenger targets, with more than 3,100 passengers using the flight. Recently highlighted at the Cascadia Corridor conference in Vancouver as a vital link between the two cities, the service will continue through the autumn and winter, using what is called IFR (Instrument Flight Rules) that enable flights to operate through most cloudy or foggy weather on the West Coast.

“We are now the first seaplane airline to use IFR navigation on a scheduled international route,” said Harbour Air President Randy Wright. “This is yet a further improvement in our ability to reliably transport people between downtown Vancouver and Seattle in under one hour.”

A Seattle-to-Vancouver seaplane flight has been envisioned for decades. It was made possible six months ago by the federal government’s decision to offer Canada Border Security Agency (CBSA) immigration and customs services at the Vancouver Harbour Flight Centre, from which Harbour Air operates its Vancouver/Seattle service.

Since then, the scheduled flight has won accolades from high-tech firm employees and executives, including Microsoft President Brad Smith, who are seeking to link the Cascadia region’s high-tech economy. Canadians have also added their support, including those running Canada’s supercluster consortium, who have called the flight vital to building BC’s and Canada’s high-tech, innovation economy.

“We want to thank the federal government and the Canada Border Security Agency for understanding the importance of the seaplane flight between Vancouver and Seattle to British Columbians, Canadians and our neighbours in Washington State,” said Wright. “We look forward to cooperating further to build this important transportation route linking Cascadia, creating jobs and opportunity in Canada’s supercluster.”

“This is an incredible milestone for not only our airline but the North American seaplane industry,” said Randy Wright, President, Harbour Air Seaplanes. “Traditionally restricted to visual flight rules, the Transport Canada and FAA approval for IFR is an enormous step forward in continuing to deliver innovative, safe and consistent service.”

Wright believes this milestone will help expedite the use and approval of IFR more broadly. “Currently, regulations require seaplanes to use visual flight rules for takeoff and landings. Expanded approval to incorporate this new technology (IFR) would provide a significant benefit for the consistency of seaplane operations on the West Coast.”

The Seattle to Vancouver service will continue to operate six days per week throughout the autumn and winter months.