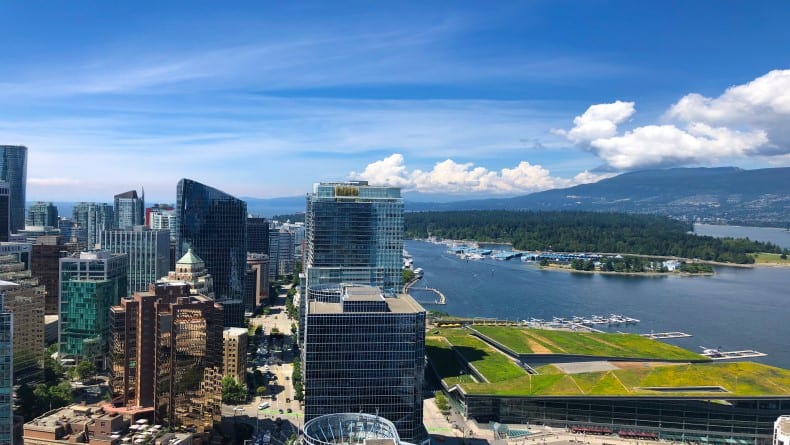 A Day at the Harbour Tower: Managing Vancouver’s Airspace

As you walk down the Seawall in Vancouver and weave through the iconic Coal Harbour area you can’t help but notice the bustling harbour below. The sounds of small taxi boats, cruise ships, freighters and floatplanes echo softly between the buildings at the waters edge.

On a yearly basis, the Vancouver Harbour sees between 60,000 to 70,000 takeoffs and landings each year – and that’s just seaplane traffic.

About another 25,000 to 30,000 aircrafts also enter the airspace. Which makes Vancouver Harbour likely the busiest commercial water aerodrome in the world.

Dave Weston and his team at the Harbour Tower are the puppeteers behind this beautifully organized waterway. They’re the eyes of this busy harbour and they communicate with our pilots during taxiing, takeoffs, landings, and docking to ensure safe and seamless arrivals and departures.

On the harbour’s busiest summer days each of the four controllers on duty will handle on average 120 aircraft movements. With a towering vantage point, Dave and his team have the best view of the city, and most importantly, the best view of Vancouver Harbour. And, just like the roadways in Vancouver, the morning rush-hour and afternoon crawl while factoring in challenges such as weather, boat, and air traffic, makes for an exciting day’s work.

Over the last three decades, Harbour Air has transported more than ten million passengers, and Dave or his team have been key in maintaining our industry-leading safety record. We chatted with Dave about life at the Harbour Tower and what it’s like working as an air traffic controller.

All in a Tower Day’s Work: Q&A with Air Traffic Control

Q: What does a typical day look like for you? Do you have a daily routine?

Dave: As supervisor I usually begin my day by looking over the entire operation – status of the equipment, scheduling of staff, weather. If my schedule permits, I like to control airplanes for a while before returning to the office where I take care of a variety of tasks. Throughout the day I will sit in the tower to watch the controllers work. The regular control staff spend their day rotating between working positions and taking relief breaks.

Q: How many pilots do you communicate with in a day?

Dave: Many of the pilots fly the same airplane on the same return trips several times a day. There are also other pilots flying through the airspace too of course, and over a day a controller at Vancouver Harbour will probably talk to a few dozen different pilots.

Q: Can you tell us about the constant communication between the many control towers throughout our routes and pilots?

Q: What is the training like to become an air traffic controller? How many hours of training?

Dave: Training to work at Harbour Tower with no prior experience will take the better part of a year which will involve about 6 months of basic training in a classroom and a simulator, and about 6 months of on-the-job training. Altogether it takes many thousands of hours of work.

Q: What is your experience working in air traffic control?

Dave: After basic training I earned my air traffic control licence at Sault Ste. Marie Tower in Ontario. After two and a half years there I applied to be supervisor at Vancouver Harbour Tower where I had to first train and qualify, and I’ve been here since then.

Q: Do you remember your first day working at the Harbour Tower? What was that like?

Dave: The first day when you show up for training is both exciting and overwhelming. Vancouver Harbour is a dynamic place to work with many challenges. The first day after you qualify is also very exciting as you start talking to airplanes all on your own.

Q: After working at the Harbour Tower for many years, do you recognize the voices of the pilots you talk with daily?

Dave: Vancouver Harbour is unique in that the same pilots leave and return many times a day, and many of those pilots make a long career flying out of Vancouver Harbour. We encourage the regular pilots to visit the tower and many pilots and controllers know each other by name.

Q: Any words of wisdom for future air traffic controllers?

Dave: Controllers come from all walks of life – you don’t even have to be an aviation enthusiast to be good at this, though it certainly helps. If you like the idea of working in a high-paced, dynamic environment where you are expected to exert tremendous responsibility, think about giving it a shot. www.navcanada.ca